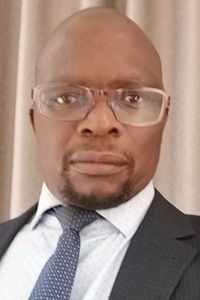 Cosmas holds a Doctorate in Experimental Condensed Matter Physics from the University of the Witwatersrand and has more than 15 years' experience in the field of materials fabrication and characterisation.  In his current post as Director: Power, at the Department of Science and Innovation (DSI), Cosmas is responsible for the Hydrogen Infrastructure Centre of Competence, the CoalCO2 to X and Energy Storage Programmes.  His main role is to interact with public and private sectors in South Africa in order to develop and strengthen partnerships that are essential in promoting the uptake of emerging low carbon energy technologies, particularly those that beneficiate mineral resources found in South Africa and neighbouring countries. Cosmas’ current interests are in technology roadmap development, innovation management and technology commercialisation in collaboration with both national and international partners. 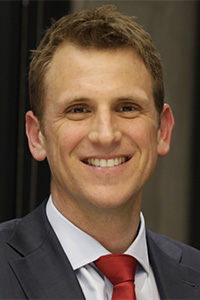 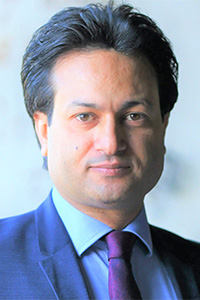 Salah leads Howden’s global hydrogen business segment. With over 20 years of professional experience, he has delivered high profile green and blue hydrogen and ammonia, including one of the world’s largest projects in this space in the Middle East. Prior to his current role with Howden, he held senior business and engineering positions in number of global companies such as Worley, Honeywell-UOP, AspenTech and ITM Power. Salah holds a Master’s degree in Chemical Engineering from Suez University where he is also a visiting lecturer for energy transition studies, as well as a Master’s in Business Administration from the University of Surrey in United Kingdom. 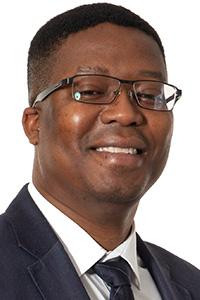 Sifiso Sibiya, Group Executive: Refining and Marketing, holds a BSc in Chemical Engineering, a Graduate Diploma in Industrial Engineering, a programme in Manager Development and a MBA. His career started at Impala Refineries in 1996 when he was appointed as a Process Assistant in the Base Metals Laboratory. Since then, he has progressed from junior roles to executive roles in projects, production, sales and commercial fields. Sifiso currently holds the role of Group Executive: Refining and Marketing where he is responsible for group refining and sales of base and precious metals. Additionally, he serves as a Director on several boards and is the Chairman of Impala Platinum Japan.

Fahmida is a Chemical Engineer by profession and has been in the PGM mining industry for 25 years. The last 14 years of her career has been focused on market development, particularly on the hydrogen and fuel cell sector. Fahmida leads Anglo American’s market development work on hydrogen in South Africa, where she works closely with the South African Government as well as local and international industry players. Her current focus is on the development of a South African Hydrogen Valley and a heavy duty hydrogen freight corridor. 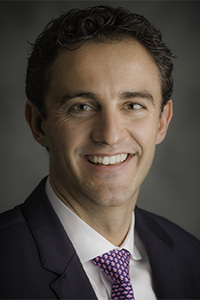 Julian Soles joined Anglo American in 2018 as Head of Technology Development, Sustainability and is currently leading Anglo American’s hydrogen development efforts. Prior to joining Anglo American, Julian worked in the oil & gas services sector for over 17 years with Transocean, the world’s largest offshore drilling contractor. Julian received his Bachelor’s and Master’s degrees in Naval Architecture and Ocean Engineering from University College London. He earned his MBA from the University of Houston and has completed the Advanced Management Program at Harvard Business School. 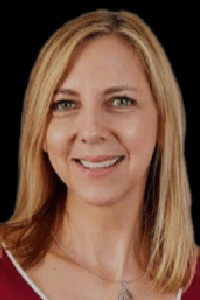 Dr Pierre Voges is presently the CEO: Atlantis Special Economic Zone (SEZ) Company, a green-tech, catalytic infrastructure, state-owned enterprise of the Western Cape Government. His qualifications include a B Comm, Accountancy and Economics (University of Stellenbosch), Honours in Economics (University of Stellenbosch), M Comm, Economics (University of Stellenbosch) and a Doctorate in Urban Planning and Economics (University of Pretoria). He is a member of the South African Planning Institute (SAPI). Pierre is the former Chief Executive Officer of the Mandela Bay Development Agency responsible for urban renewal through infrastructure projects in Port Elizabeth. Prior to his present position, Pierre was a Director with Grant Thornton International Chartered Accountants and Business Advisors in Cape Town where he worked on infrastructure projects in the Middle East (Oman, United Arab Emirates and Qatar) and gained extensive experience in managing the finance of infrastructure projects in terms of both public and private sector finance. During this period, he gained experience in public sector finance, project feasibility studies, urban planning and infrastructure project implementation to ensure sustainable urban development. Initially, his work at Grant Thornton was based in the tourism sector, but it later expanded to include government-related work, such as public/private partnerships and urban planning ensuring sustainable urban development projects. From 1994 to 1996, Pierre was an Advisor (RDP Office) in the office of former South African President Nelson Mandela, where he dealt specifically with development aid finance and public finance and the utilization of this type of finance in infrastructure development. Prior to this position, he was in the South African Foreign Service, serving inter alia in The Hague, The Netherlands and Berlin, Germany. Over the years, Pierre has developed an energetic and unconventional style of thinking when it comes to change management and institutional turnaround strategies in an urban and infrastructure development environment.

Is the Hydrogen Economy real or is it hype?

What are the competing scenarios and technologies?

What are the implications and opportunities for South Africa

and the mining industry?

Resources for Africa is pleased to announce an online discussion taking place on the Hydrogen Economy on 8th September.

Amidst much debate around the role of green hydrogen as a key energy vector in a decarbonised world, in South Africa the discussion has centred around what the opportunities for the country might be to become a leading player given its unique position as the world’s largest producer of PGMs and its subsequent huge potential for renewable energy production.

However, a number of key questions remain to be answered: Can improvements in the efficiencies and costs of hydrogen production and distribution be realized to enable South Africa to become a key player? How will renewable energy, and hydrogen, scale to the level needed to meet anticipated demand? What specific policy measures and regulations are required?

This is just the start of a conversation that will take place on the Hydrogen Economy on 8th September. Brought to you by Resources for Africa, the organisers of the Joburg Indaba, this highly focused online discussion will bring together all the key players, including mining companies, OEMs, investors, industry associations, hydrogen equipment suppliers, infrastructure providers and independent advisers, to debate the implications and opportunities of the hydrogen economy for South Africa and the mining industry.

Key topics that will be discussed include:

Confirmed speakers so far include:

The full programme and speaker line-up will be announced shortly. In the meantime, guarantee your place by registering.